Parts of a tooth

Crown is the only visible structural part of a tooth which anyone can see inside the oral cavity (mouth). Crown is supported by the roots and both crown and root(s) are internally have pulp chamber and root canals to carry the vital soft tissue, the pulp.

The tooth crown is the part of the tooth that is visible to the naked eye. Only the crown is covered by enamel. The second layer of the crown is dentin followed by the pulp chamber.

Root Canals are very thin canals inside the tooth within which have tooth pulp. There can be multiple root canals, usually one each for the individual tooth root. But can be some variations in which a root can have more than one canal or an absent or blocked canal.  All root canals start from the pulp chamber and then extend within the tooth roots. They open at the end of each root (known as the apex of the root) via root foramen which is a small opening at the end of the root.

Composition of a tooth

A tooth is made up of different layers to protect the vital parts of the tooth. There are three different types of hard tissue layers present in a tooth that protects the soft tissue, known as the pulp, inside the tooth.

Tooth enamel is a thin translucent layer covering the crown of the tooth. This is the hardest tissue in the human body and protects the teeth from heat, cold, and abrasions. Since its translucent and light can pass through it, it gives a unique appearance and color to a tooth crown where its color is influenced by the underlying dentin.

Cementum is the layer covering the root of a tooth. The role of cementum is to hold the tooth within a tooth socket with the help of periodontal ligament.  Cementum is a calcified substance and helps in the repair of the tooth and its underlying structure.

Supporting Structures of a Tooth

As every tooth has its own position inside the mouth, it sites inside the tooth socket with the help of periodontal ligaments and further protected by the gums.

Alveolar bone or the tooth socket

Alveolar bone is the bone around the tooth and is also known as a tooth socket.  This is where a tooth fits in tightly with the help periodontal ligaments which are made up of collagen fibers.

Gingival margin is the edge of the gingiva towards the crown of the tooth and this is a place where the gingiva is not attached to the alveolar bone.

Also known as PDL, these ligaments are made up of collagen fibers (specialized connective tissue). The main role of these ligaments is to hold the tooth tightly within the tooth socket which is made up of alveolar bone. Here one end of PDL is attached to cementum if the root and the other to the inside of the alveolar socket. 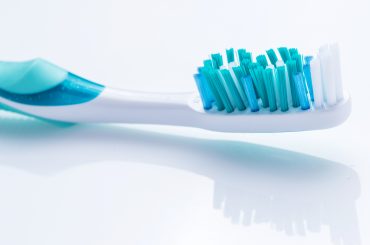